Four most important Iranian movies of 2021

Eventhough COVID-19 pandemic hurt Iranian Cinema like everywhere else. And in comparison to prior years, fewer movies were made. But people in charge of Iranian cinema insisted on releasing all of them at the Fajr International Film Festival which is the most important cinematic event of Iran. Therefore 39th Fajr Film Festival was a good opportunity to watch the high-quality films which were made in the year leading to February 2021.

Of course, some of the important films of the past year didn't make their way to the Festival. Some producers preferred not to release their films at the Fajr Film Festival and some of the films were rejected by the people in charge of the Festival, so a total of 16 feature-length films were released this year, which required a substantial amount of time for me to watch. After a few months, I watched some of them in private screenings and now I can portray a complete picture of the four best Iranian films of 2021.

The Murderer and The Savage 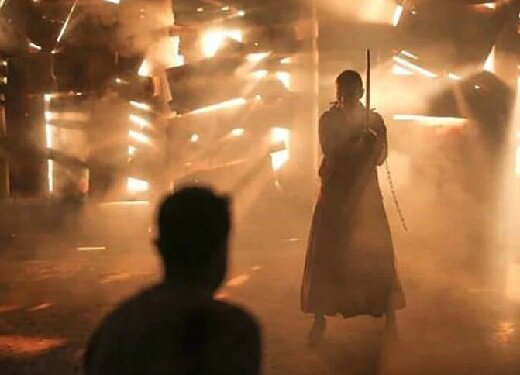 As an experienced director, Hamid Nematollah walks on the path of Artistic perfection a movie at a time. And now with The Murderer and The Savage (Ghatel va Vahshi), he was able to demonstrate his genius in its best form. Ziba (Leila Hatami) is getting ready for her daughter's wedding when a group of gangsters kidnaps her. In a race against time, she tries to free herself because her daughter is heading there without a clue and she has to fight to save both herself and her daughter.

Leila Hatami delivers a superb performance in this film, to play the part she shaved her hair and showed a different appearance in front of the camera which led to the banning of the movie by the Ministry of Culture and Islamic Guidance of Iran. Portraying women's hair was banned in Iranian films but portraying a woman with a shaved head was not banned until now. Now it appears that there are more strict rules for banning the content. The movie was screened in a private screening for several reporters and critics which left them amazed, even though all the reporters that had seen the movie tried their best to help the movie get a public screening up until now their efforts were not successful.

The staging is calculated and precise, Lighting is unconventional and unique, and cinematography is so brilliant that the audience has no choice but to be immersed in the story. With respected professionals of Iranian cinema such as Christophe Rezai as the composer and Hayedeh Safiyari as the Editor, it's no wonder that Hamid Nematollah's latest movie possesses the refined quality it has. No one knows when the public will be able to watch this movie, but there is no doubt that this is the best Iranian movie of 2021. 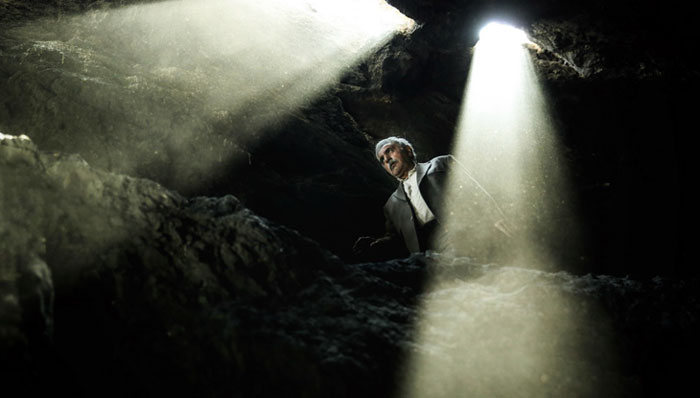 Low life (Bi Hameh Chiz) has run a close second in the list of most important Iranian movies of 2021. It's the third movie of Mohsen Gharaie as a director, and it's a cinematic adaptation of The Visit of the Old Lady by Swiss dramatist Friedrich Dürrenmatt. The structure of the story is loyal to the original work but some changes have been made to accommodate some of the actors and actresses which has led to somewhat poor form in the film.

An old and very rich woman who due to some unjust events was forced to leave her hometown, Güllen. Decides to go back to her hometown but has a very cruel condition for the people of Güllen, they have to kill the old lady's lover, who impregnated her and brought dishonor upon her. In return, the old lady is willing to bestow upon the locals a great wealth which the locals desperately need, because they are facing financial problems. People of Güllen ultimately give in to her condition.

Hedieh Tehrani plays the old lady's part and delivers a brilliant performance. Parviz Parastui plays the lovers part and even though he delivers a notable performance, his performance doesn't add to what he has shown in the past. He is more of an innocent and quiet man who is being wrongfully punished, not a guilty man who is facing justice for his deeds. This movie is the most expensive Iranian movie made in the last year. And the Director had the opportunity to make his movie the way he likes, therefore we have a relatively well-made movie that can keep the audience glued to the screen until the end. 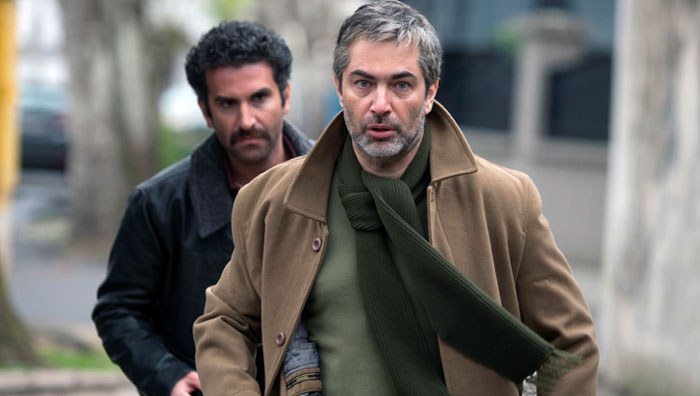 Titi is the fourth feature-length film directed by Iranian female director Ida Panahandeh. This time she takes her camera to the north of Iran and tells a story that can be categorized as Magical Realism. A scientist goes into a coma right after making a great discovery and when everyone thinks he has no chance of coming back he wakes up and the first person he sees is his nurse Titi. Titi is a woman who went into the middle of the sea and asked a higher power to heal this man when he was in a coma.

The first thing he does is track his discovery but he finds out that his wife has thrown away the papers with his formula written on them. This leads to their fight and eventual divorce. Meanwhile, Titi who likes the papers picks them up and makes drawings on them, and puts them under his things. When he finds out about this he asks Titi to gather his papers but one page that has the formula on it is in the hands of a man who loves Titi. A love triangle is formed and now the scientist is in a dilemma and has to choose between his love for Titi or his formula.

Panahandeh uses an effective narrative form and even though she uses the greenery and beautiful scenery of northern Iran as location she doesn't allow the movie to be a mere soulless beautiful postcard. Elnaz Shakerdust who has tried to play more artistic parts in recent years has delivered a brilliant role. Parsa Pirouzfar delivers a similar performance to his recent roles and Houtan Shakiba who plays a supporting role is the best actor in this movie. Titi has a good rhythm and keeps the audience guessing until the very end. Panahandeh has proved that she can rise to higher expectations. 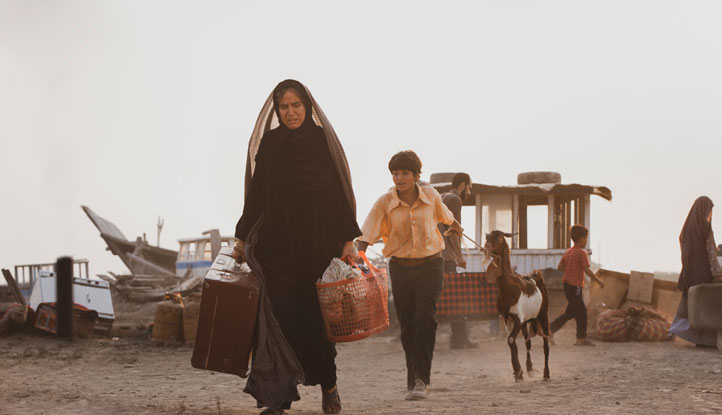 Yado is without a doubt Mahdi Jafari's best work as a director. In his third movie, the story happens in 1980, during the Iran-Iraq war, and it's about a family who refuses to abandon their home in the city of Abadan that is about to fall into the hands of the advancing Iraqi Army.

They don't leave the city until the very end. Yadoo owes its brilliance to its cinematographer Morteza Najafi. I mentioned Najafi in last year's article about "Tooman", he played an important part in Tooman's success. The story and the atmosphere rely on the handheld cinematography of Najafi, and visual connection between sequences is only possible due to a form that maybe only this style of cinematography can achieve.

even though the atmosphere is mostly loaned from other films, but in general it's one of few films about the war in Iran that its main characters are a woman and a bunch of kids. the only Iranian film that is superior in this aspect is Bashu, the Little Stranger by Bahram Beyzai. Before this film, I didn't have high hopes for seeing a good film directed by Mehdi Jafari. But this film showed that his films are worth watching and we can have higher expectations.

*Mr. Khorramdel is Director of Multimedia Office & Culture Editor in TABNAK.com he is a Filmmaker and independent film critic.